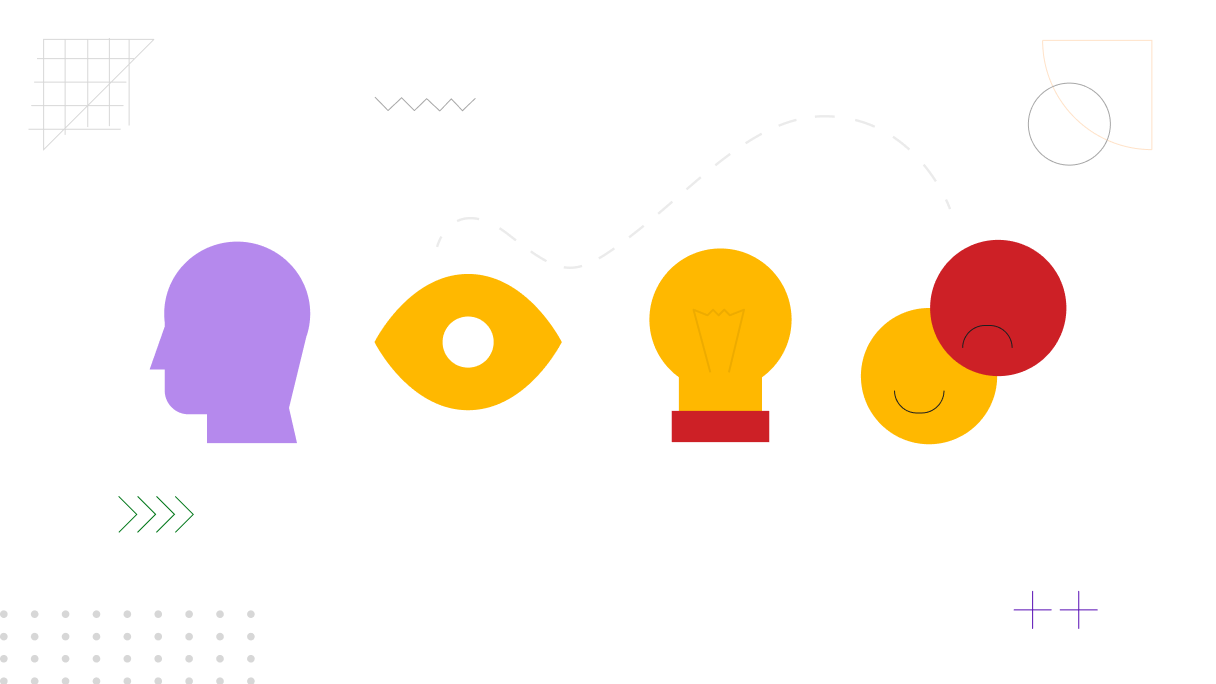 One of the most important feedbacks that UI/UX designers can get is how his/her design is being perceived. To design an interaction it’s important to understand things from the users’ point of view. There are a lot of psychological principles that UI/UX designers hold on to when it comes to delivering quality. The psyche genius Carl Jung has a big contribution in the field of phycology, this article celebrates his contribution and drawing a parallel between his theories and UX.

“It all depends on how we look at things, and not how they are in themselves- Carl Jung” 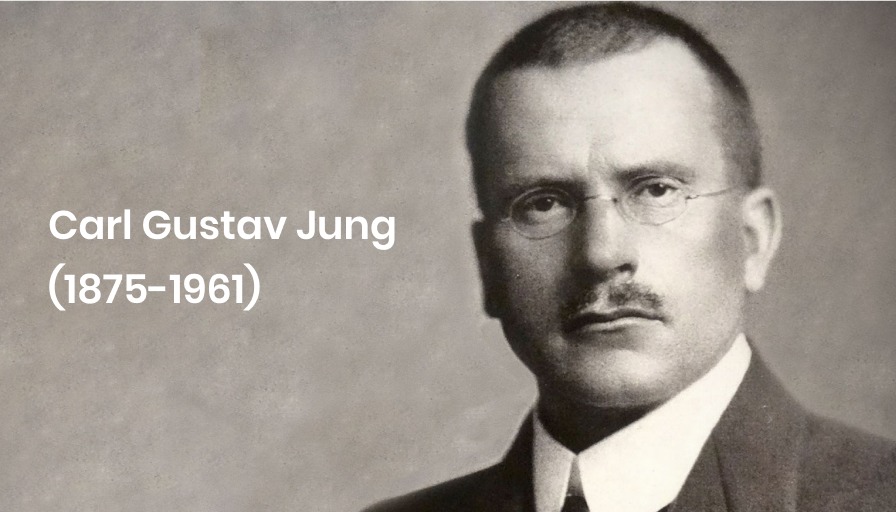 Before we dive into the details of offering better UX by understanding users’ personalities, let’s have a peek at Jung’s personality. Born in Switzerland, Carl Jung is known for analytical psychology, psyche, archetypes, psychological types, and a lot of other concepts which are touted as major milestones in the world of psychology. Sigmund Freud even saw Jung as his heir until the duo were separated because of some disagreements. Jung was also known for his contribution to Dream analysis and symbolization and saw the psyche as “by nature religious”.

To understand the relation between Carl Jung’s theories and UX it is important to understand some terms that we will be using again and again further;

Originally meant as soul/spirit Psyche today means mind or in Jung’s word total personality of someone.

A barrier of psychological integration to which Carl Jung refers as sub-personalities that impact the thoughts and behaviour of a person.

When a person observes a thing sublimely. It’s neither completely gone from the mind nor is consciously available in mind.

Populated by archetypes and instincts, the collective Unconscious is under the deeper layers of the personal unconscious.

A process of psychological integration where one human being is distinct from another to get assimilated into the whole personality.

The basis of this theory lies in 2 personality attitudes (extraversion and introversion) and 4 functions (thinking, sensation, intuition, and feeling). Introversion is when the person gets stimulated by the inner self/world opposite to which is extroversion where the person gets driven by the outer world. Jung believes that no one can be a complete introvert or extrovert and they a person must also possess a mix of these two which is called “Ambivert” however, a person can be more inclined towards any one of these. These distinctions lead to the creation of 8 different personality type that human attitude can be classified into. 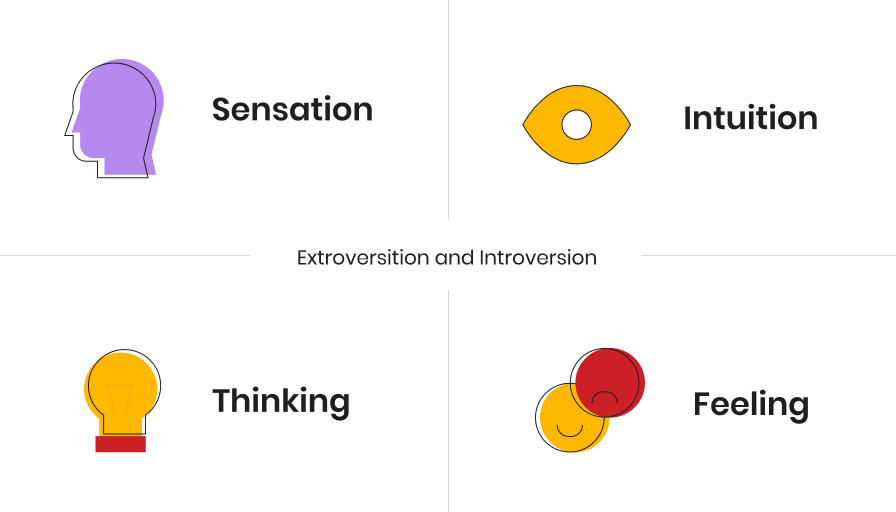 People may use different functions depending on different circumstances, experiences and times but there will always be one type that will dominate their personality (superior function). Thinking and feeling are the opposite ends of the spectrum and so are intuition and sensation.

How is it related to the UX?

An understanding user persona is right is one of the major challenges for any UI/UX designer. To create a product with great UX and you can always explore users’ personalities by leveraging on some of Carl Jung’s theories like the Archetype, the Collective Unconscious, psychological type, Analytical psychology, etc. As a UI/UX designer, you can use Psyche to understand how users think, behave, feel, and perceive things. This could serve as the backbone of your product creation. 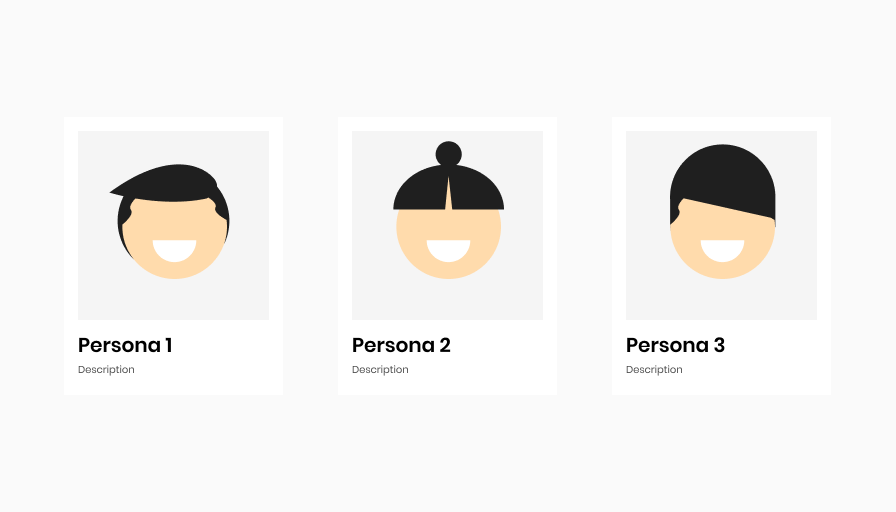 A good product is the best promotion. You can use Jung’s theories to help users perceive an image of your brand. As UI/UX designer you can check if users reach into collective consciousness or not by using archetypes. Carl Jung identified 12 archetypes in total, each of which has its own features, behaviour, values, identity, and attitude. You need to see which of these archetypes your brand belongs to and position it in a way it’s efficient for both you and the users. 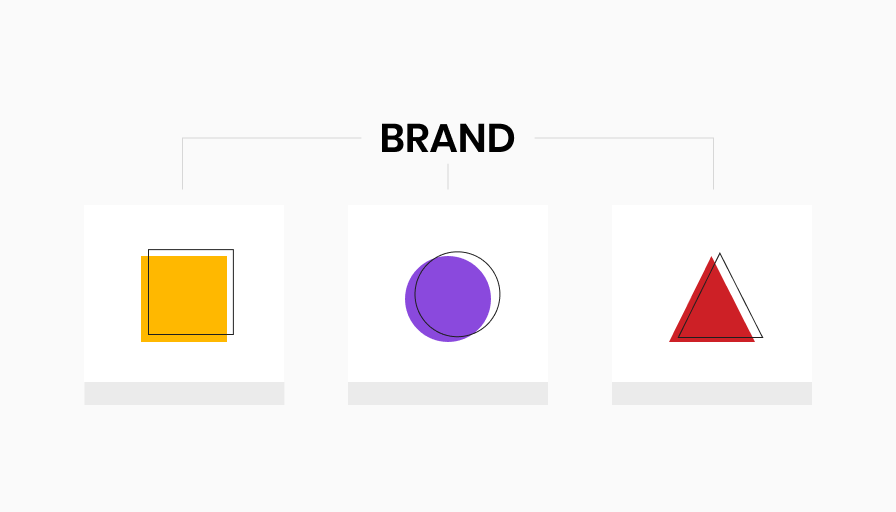 From adding creatives and texts to placing a button today, every design is user-centric. As a UI/UX designer, you can use Jung’s theory of collective Unconscious to understand the possible complexity that users might have and how you can reduce them to make it a smooth experience for them. You can also use the archaic history of human theory to understand the physical structure of the human mind that’s common to all, it will help while using colours, shapes, elements, etc. to create an appealing and smooth UI. Getting an accurate understanding of users’ attitudes is a blessing to UI/UX designers as it will drive them to design a product that will enhance the UX. 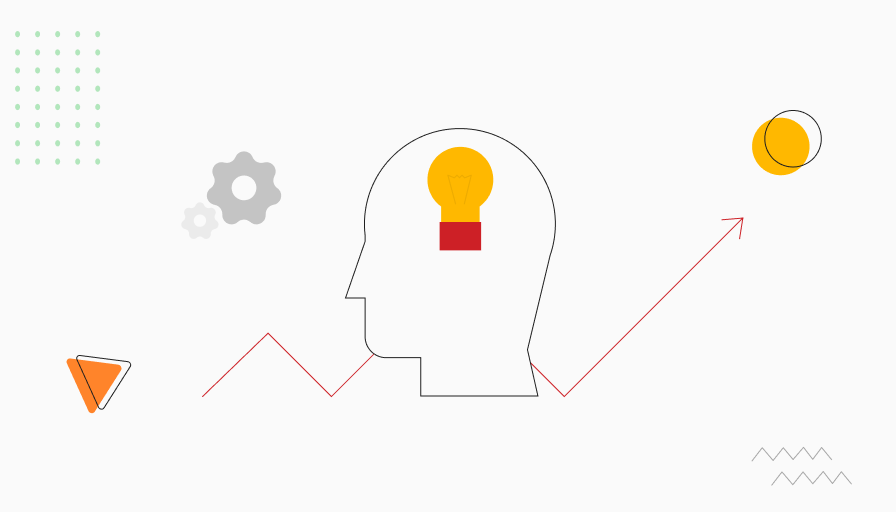 We can see a major disparity in how people act toward any new technology. As technology is thriving to reduce as much manual work as it can, people have different opinions about adapting it. Where some advocate the growth and use of technology some are against /reluctant towards it. UI/UX designers are striving to somehow get to crack the code of how to make users understand and use any technology because their work is to make complex technology, easy for the users. Carl Jung has explained how ego, complex, Archetypes, and individuation affects the way a person thinks or act, which can help designers to understand how to make a technology adaptive to users, which is always a challenge while creating a high-tech product. 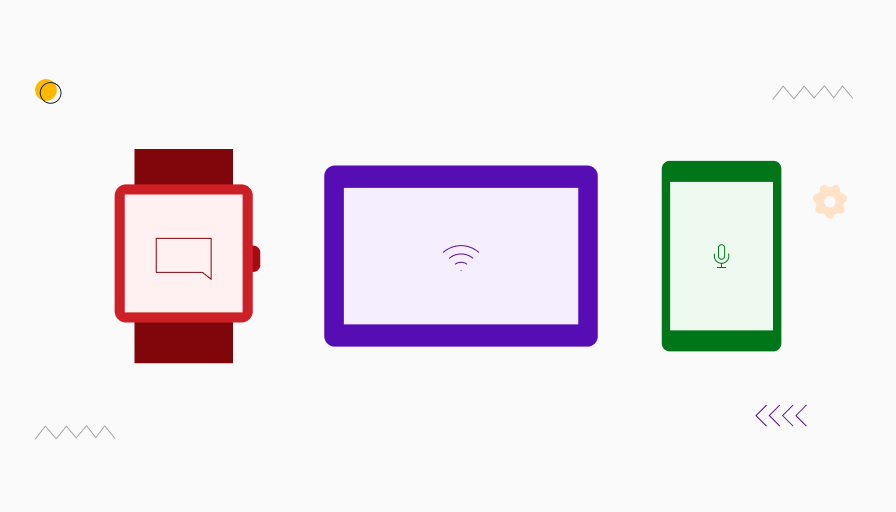 Carl Jung is an Inspiration in many ways, But by uncovering and utilizing his ideas we can get better insights into how users perceive things. Do you apple any of Jung’s ideas to create a better experience? let us know in the comment section!