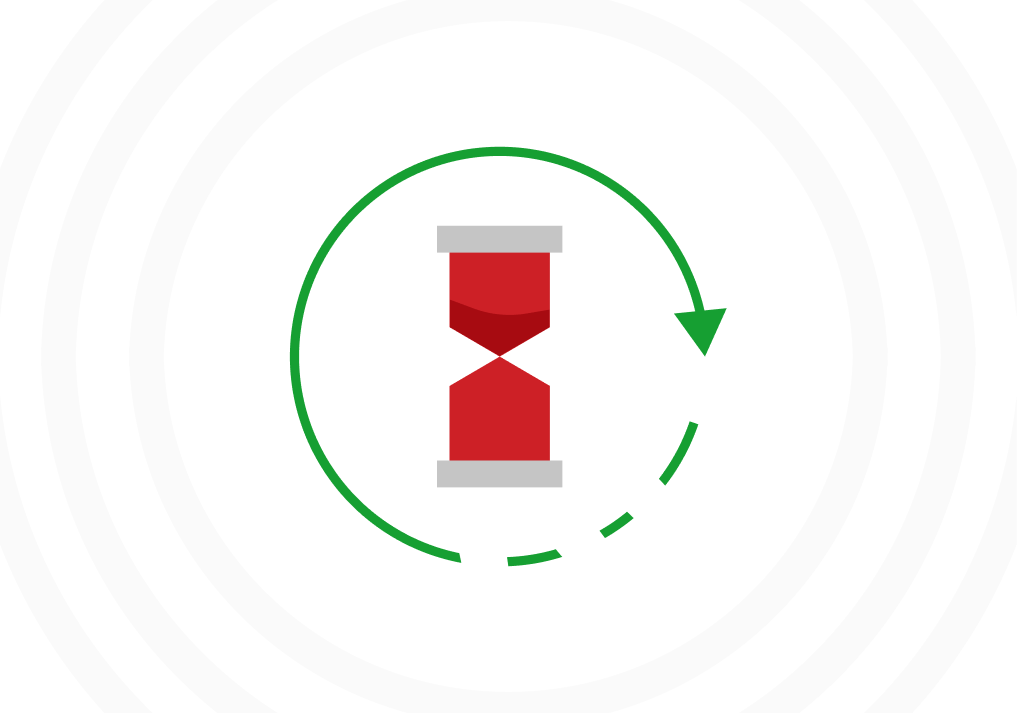 Product Design is perceived to be a relatively young discipline but it’s inception rooted way back in the Industrial Revolution since Mid-eighteenth century.

Mid eighteenth century Europe and particularly England witnessed a massive significant industrial developments that addressed a growing need of mass production of products. As Harold Perkin has motioned in “The Origins of Modern English Society”, the Industrial Revolution created a huge shift in industrial techniques and production, but it was more of a social revolution with social causes as well as profound social effects. The major apostles of this revolution were James Hargreaves who invented spinning jenny, Richard Arkwright’s & his water frame, Samuel Crompton, Edmund Cartwright, Sr Benjamin Franklin, James Watt and many more who created benchmarks.

The spinning jenny is a multi-spindle spinning frame, one of the key inventions in the industrialization of weaving during the early Industrial Revolution.

The water frame is a water-powered spinning frame which was an smart and easy way to create cotton thread. First time the machine was used in 1768, It was able to spin 128 threads at a time, which was an easier and faster method than ever before.

Dreadful conditions in factories in mid nineteenth century led to a widespread worker unrest. The increasing mechanization of the industrial revolution encompassed not only production method but products themselves. Thomas Edison’s discovery of light bulb & microphone created a new wave. Issac Singer’s sewing machine became a household name. Amongst all these, Michael Thonet’s famous Coffee House chair is still referred as an burning example of revolutionary design.   Michael Thonet’s Coffee Chair : Michael Thonet was an accomplished German designer who invented a unique way of steam-bending technology that could bend woods to create furniture. 50 Millions of these were produced till 1930. It was Awarded a Gold Medal at the 1867 Paris World Fair.

Art Nouveau was a movement culminated to a fully formed international movement in many of the key centres of Europe, including Paris, Nancy, Brussels Glasgow, Munich and Art Nouveau was called decorative style.

Most of the Art nouveau was influenced by geometrical forms drawn from Japanese art as an aftereffect of Western world discovering Asian culture.

One of the significant work was Henri Van de Velde’s (1897 -98) writing desk which was quite an example of organic aesthetic qualities.

The first half of twentieth century was a time of political and economic upheaval across most of the Europe and Germany’s rapid industrialization empowered the designers like Peter Behrens, Fredirich Naumann many more to shape up true modernist design genre and one of the remarkable creation was Barcelona Chair’ designed by Ludwig van der rohe.

If we translate the word to English and see this means “ Building house”. This movement started with Weimar and its first director Walter Gropius, developed an integrated disciplines of art and design under one roof. Many greatest designers like Ludwik Mies Van der Rohe, Johannes Iten and many more and their work has been instrumental to run the Bauhaus for decades.

This was a dominant force in Twentieth century western world that influenced Art, Music, Literature and obviously design. It encouraged experimentation, formalism and objectivism reflecting a spirit of new age in architectures, products improvising upon the earlier works as the modernist designers realized that the nineteenth century architecture and design has been repressively passé and redundantly eclectic and pretty. So they fabricated the aesthetic that translated the sleek smart machine energy of machine age. It took time to inculcate the aesthetic in global design culture and finally came out as International Style in 1930. “Truth to Materials” and “Forms follow Function” were two important outcomes in this movement. The benefits of this movement was realized when these modernist theories was effectively applied to build the European cities after World War-2 and that initiated the strong momentum to this movement.

An Decorative eclectic style also referred to as Deco, is a style of architecture and design that first appeared in France, especially in Paris before World War-1. This movement influenced the design of buildings, furniture, jewelry, fashion, cars, movie theatres, trains, ocean liners, and everyday objects such as radios and vacuum cleaners. It took its name, short for Arts Décoratifs, from the International Exhibition of Modern Decorative and Industrial Arts held in Paris in 1925. It combined modernist styles with fine craftsmanship and rich materials. Art Deco represented luxury, glamour, exuberance, and faith in social and technological progress. We can observe this syle in the objects, interiors, clothes used in movies like The Great Gatsby.

After World War 2, the entire Europe was trying to recover from the grave atrocities and concentrating on basic human needs like food, shelter. Since the USA economy was less affected by War, it took a lead in design art and cultural front and established itself as a economic and design leader. Leading designers who left their mark in that era were Henry Dreyfuss, Norman Bel Gedass, Raymond Loewy. Raymond Loewy, The father of American Design profession has designed almost every product from cigarette, Refrigerator to spacecraft. His remarkable achievement was a “Gestetner Duplicator” he redesigned in three days. Commissioned by British Gestetner Ream Duplicator, also the very famous Pencil sharpner. Charles & Ray Eames created more than 200 designs for furniture toys and Architecture over a course of half a century, Their experimental ventures with materials like fabric glass, plastic, Aluminum were exemplary. Ottoman 671 arm chair and footstool was one of the prominent famous works. Germany and Italy emerged as strong design nation after the war, Max Bill in 1953 started leading UIM Academy as director, considered to be a successor of Bauhaus focused on through Design Programs for aspiring designers. In Italy designers were coming up with automobile marvels like Vespa scooter and Fiat 500 also fashion ad furniture became major export successes. Brands like Cassina, Zanotta, Capellini were becoming famous. Dieter Rams was one of the most influential Product Designers of the late 20th century. He created his own style and visual language that was present in all of his works. He was known for his Ten Principles of Good Design- Product is Innovative, useful,aesthetic, helps to understand, unobtrusive, honest,durable. He was the Directorof Braun, a German consumer electronics manufacturer.

In early 1970s a section of European society started questioning the role of designers while world was going through a lot of political economical instability.Oil crisis, Vietnam war and other issues disturbed the social balance. Design-counter movements were initiated in Italy. Some designers started protesting against design norms in late 1960s. Radical Design movements were found in heart of Italy. Milan, Turin and Florance had great studios in 1966, Superstudio, Archizoom Associati, Gruppo, Alchemia that supported counter movement, reformed Avant-Gard design till 1980s. Product design developed slowly in Asian countries like Japan, China and India. One Example was Sony Walkman (1981), first walkman build by Nobutoshi 1078 for a requirement from Sony co-chairman of Akio Morita who wanted to listen to music while travelling. Walkman was marketed to all countries around the world in 1979.

1960s design movements in Italy and other parts of Europe paved the way for Post Modern design era to emerge, some notable Anti-design, Radical groups like Archizoom, Superstudio and Gruppo Strum, designers like Ettore Sottsass, Michale Graves, Robert Venturi contributed to this transition and slowly post modern style developed with wide range of emblems from contemporary society that surpassed geographical boundaries. Forms and design elements are inspired from mainly Art-Deco but mixed with imagery from historical moments in art. Ettore Sottass was a prominent name that can’t be missed while we discuss Postmodernism. He worked Brands like Olivetti, Alessi ,Knoll, Artermide and best known for his phenomenal design invention “Valentine Typewriter” for Olivetti in 1969. He was one of the Apostles of Avant-Garde design practice in Italy. He was involved with leading studios like Alchemia in 1970s.

Casablanka sideboard, designed by Ettore Sottass, a furniture that changed perspective. It is known that Initial products of post –modern design were pieces of furniture produced by the Italian groups studio Alchemia and Memphis a Milan based collective of furniture and products co founded by studio Alchemia’s celebrated designer Ettore Sottass himself. Memphis dominated early 80s with countless creations that rocked the design landscape in Europe. Leading Agencies like Memphis played a key role to lead a range of anti –functionalist developers started journey under “New Design”. Many of these loose group of individual designers are influenced by sub-cultures and anti-authoritarianism. Designers who led this movement were Jasper Morrison, Ron Arad, Borek Sipek. Ron Aarad, One of the Influential designers radical individualism and post –punknilism paved way to his strong position against orthodoxy. Some of the well known works are Rover Chair, Steel Tinker Chair,and the largest built project was Bookworm in 1994 Tel Aviv Opera House.

The movement evolved from an alternative to the Blob Architecture of the 1990s Neo Modernist design waves, stressed on individual aesthetic rather universal solution approach which is a trait of modernist design ideology. That is the reason it relentlessly endeavored to shift from harsh functionalism of modernism. It reciprocates to the whimsical elements of pre modern design. Neo Modern design established itself to be more experiential and lyrical. He is one of the most significant product designers of his generation. His design solutions range from power tool to televisions , founded design consultancy Tangerine but his greatest achievement was desiging and developing imac in 1998, selling two million units in first year . Since then the design philosophy visual aesthetics took new turn and his lateral thinking is still reflected in all Apple products till date.

We witnessed a strong inclination towards mixing art and design as growing number of artist successfully exploited the intersection of Art and Design in their works. One of the apostles of this movement was Alex Coles who patronized the concept of design that tells us art itself is inevitably designed. Artist and designers who exploited the blurry lines of art and design were Judd Scott Burton, Marcel Wanders, Jorge Pardo and many more. One of the famous name is Jaime Hayon, a remarkable work was Crystal candy set designed in 2008.

We learn from the past and empower future decisions

Every great artist, every great designer, is influenced by what has been done before his/her time. That essentially means that if you want to be a great designer, it’s not enough to look at today’s trends and new innovations. Steve Jobs emphasizes the fact by quoting Pablo Picasso, who said: “Good artists copy; great artists steal.”Learning from the past is just as important to creating any innovation.

Time travel through the evolution of Product Design was originally published in DSchool on Medium, where people are continuing the conversation by highlighting and responding to this story.

Design Thinking and UX for Internet of things(IoT)

Must read books for every designer